or at the door.

Children 12 and Under, free

when accompanied by an adult.

One hundred years! Lyell Gustin’s influence and inspiration, begun a century ago in the heart of old Saskatoon, continue today and point forward to a new century. The 2020 Series brings another season of world-class performances to our Saskatoon stage. Gustin House invites you to join in the Centenary, hear finest artists, and celebrate the gift of music! 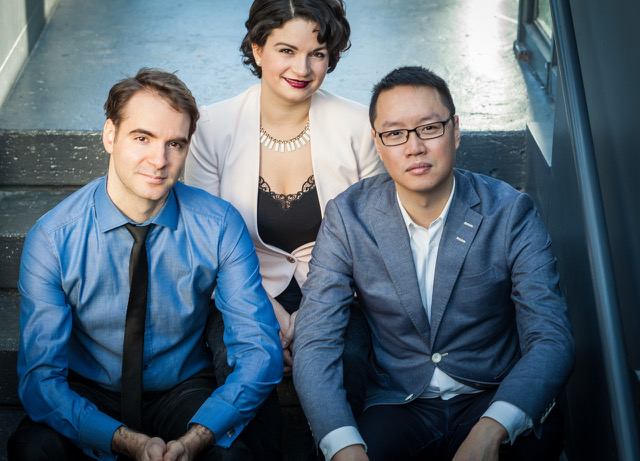 Trio Saint-Laurent–playing clarinet, viola and piano–reveals the poetic, intimate nature of their instruments in a kaleidoscopic musical experience! The stellar and respected chamber musicians from Quebec will perform Romantic-era works in solo, duo, and trio formations.
Clarinetist Jean-François Normand, an alumnus of Juilliard, is praised for “completely natural playing, flawless technique, supple phrasing, beautiful and controlled tone quality, intonation, style, and imaginative use of improvised ornamentation” (La Presse). A soloist with Canadian orchestras, he is frequently heard on CBC/Radio-Canada, even as he maintains a teaching career at Conservatoire de Musique de Montréal and McGill University.
Marina Thibeault, violist, studied at Curtis Institute in Cleveland and at Conservatorio della Svizzera italiana. Her honours include prizes from Père-Lindsay Foundation (2017), "Révélation Radio-Canada" (2016-2017), first prize in strings at Prix d’Europe (2015), and a special award at the Beethoven Hradec International Viola Competition (2008). Her CD Toquade (2017, ATMA) was nominated by the ADISQ and Prix Opus for “album of the year.”
Pianist Philip Chiu is one of Canada’s most sought-after ensemble musicians. He has made CD recordings with artists of the world stage and has toured with premier organizations; his performances have been broadcast on Classical 96.3 FM, Australia’s ABC Radio, CBC and Radio­-Canada. Inaugural winner in 2010 of the largest prize in Canada for an emerging classical musician, Mr. Chiu has an infectious love of music combined with an exceptional gift for communicating that passion to audiences, in particular to young people. He will give the pre-concert chat at this recital.
spring recital
Janina Fialkowska, piano ~  Wednesday, March 18, at 7:30 p.m. 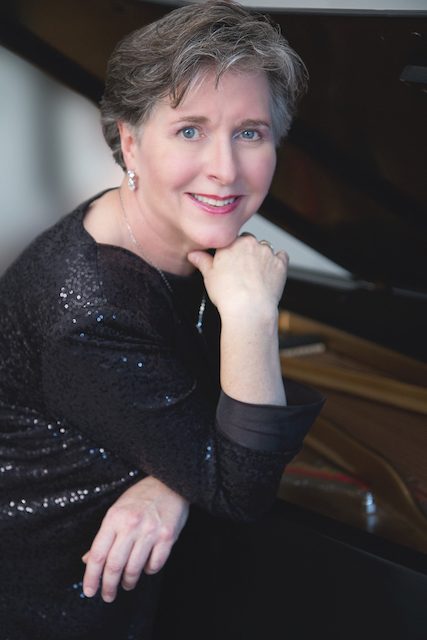 World-renowned artist of rare distinction, the star pianist returns to the Gustin Recitals. She is celebrated for her glorious lyrical sound, astonishing technical mastery, and sterling musicianship. Her recital includes works by Mozart, Chopin, and French composers.
Having thrilled Saskatoon audiences in two past appearances in the Lyell Gustin Recital Series, Janina Fialkowska returns to Saskatoon to perform during the Gustin Centenary! She concertizes around the globe, appearing with foremost orchestras on this continent and abroad. Known for her performance of Classical and Romantic repertoire, she is one of the great interpreters of the works of Chopin and a champion of the music of Liszt and 20th century Polish composers. For her many recordings, she has been nominated repeatedly as JUNO Classical Artist, winning the distinction in 2018 for her recording Chopin Recital 3.  She has received coveted prizes in many countries.
Canadian-born, Ms. Fialkowska was Founding Director of the hugely successful and visionary “Piano Six” project that brought some of our country’s finest performers across the nation to places otherwise unable to hear high-calibre live classical music, including smaller centres in Saskatchewan. Though residing in Germany, she  remains a deeply committed Canadian citizen, and is an Officer of the Order of Canada. Even as she is immersed in a worldwide performance career, Ms. Fialkowska serves on major international juries, and extends mentoring outreach as Founding Director of International Piano Academy at Bavarian Music Academy, Marktoberdorf, Germany.
summer recital
Cameron Crozman, cello ~ Wednesday, August 19, at 7:30 p.m. 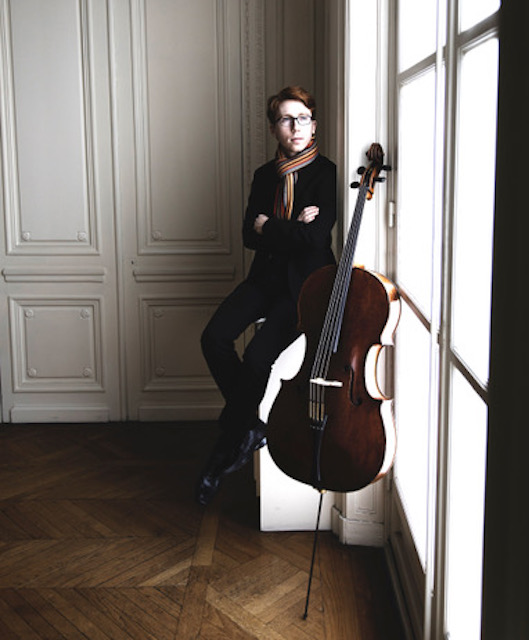 Cameron Crozman, a “mature artist with a profound musical imagination” (Toronto Concert Reviews), is one of Canada’s most outstanding young cellists. Winner of many awards, he performs across the continent and abroad as both soloist and ensemble artist.
A brilliant talent on a meteoric rise among the ranks of Canadian string performers, Cameron Crozman was one of six cellists from around the world chosen for Gautier Capuçon’s 2016-17 Classe d’Excellence at Louis Vuitton Foundation. He received 2e Cycle Supérieur Conférant le Grade de Master with highest honours from Conservatoire de Paris. He has performed with numerous orchestras in Canada, as well as in Europe with Orchestre des Lauréats du Conservatoire and London Sinfonia; he has played in prestigious venues as the Shanghai Oriental Arts Center, Berliner Philharmonie, Paris Philharmonie and Montreal’s Maison Symphonique.
As chamber musician, Mr. Crozman performs with leading international artists, and takes part regularly at festivals, such as Helsinki Musica Nova in Finland, Beauvais Cello Festival in France, Birmingham Frontiers Festival, and Musique et Vin festival at Clos Vougeot in Burgundy. His performances have been heard on Radio France, Radio Classique, Medici.tv and CBC. In 2019, he released his debut CD, Cavatine (ATMA Classique). Dedicated to sharing Canadian music, he has given several European premieres of Canadian works. He plays a 1769 Joannes Guillami cello, on loan from the Canada Council for the Arts Instrument Bank.